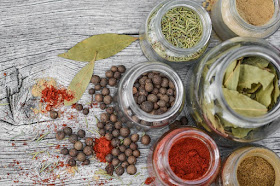 Parasites have become a common health culprit today as a major proportion of world population is exposed to contaminated water and food. At the same time, there are several such parasites which make way into human body through dust and mud. The tiny organisms are associated with several digestive diseases, some of which can become serious if left untreated. While prevention is the best measure to protect yourself from parasites, you may have to seek more aggressive treatments to get rid of them if they enter your body.

If you notice symptoms of parasitic infections, immediate action is warranted. A doctor will usually recommend a list of medications to help but besides medications, you can try some herbal remedies for this purpose. There are several benefits of natural treatment and parasite cleansing. Read 13 (+1) Benefits of Natural Parasite Cleansing (and somehockey) to understand them. You can try some easily available herbs that can kill parasites naturally. Here is a list of anti-parasitic herbs.

This is a type of walnut which is enriched with large amounts of juglone, a cytotoxic compound. Studies have shown that this compound is capable of countering bacteria such as E-coli, S. aureus, Penicillium sp., Bacillus subtilis, etc. Additionally, it can resist the impact of certain types of fungi. Black walnut is also known to have a mild laxative action, which means that it promotes the elimination of wastes and dead microbes from the digestive tract.

Garlic is an amazing herb that has been revered for centuries for its medicinal value. It is a natural antimicrobial, making it a potent remedy for unwanted bacteria and parasites in the gut. It has the capacity of killing the harmful parasites, viruses, fungi and bacteria that reside within your body. It also acts as a source of nutrition and promotes good health in more than one ways. The best way to use this herb as an anti-parasitic remedy is to consume a few cloves of fresh garlic everyday or have it as concentrated extract.

If you think that oregano can just add great taste to your pizza, there’s much more that it can do. In fact, it is one of the most powerful antimicrobial herbs that are known to the human race. Research has proved its efficacy against a range of parasites, fungi, bacteria and viruses. Oregano essential oil, in particular, has been found to be highly effective against bacteria which otherwise are resistant to conventional medicinal treatments.

Next on the list of powerful herbs that are effective for killing parasites which reside in humans is lavender. Though this herb is appreciated for its relaxing aroma, it has lesser known medicinal benefits as it acts as an inhibitor of unwanted bacteria and yeast. Lavender essential oil, which is commonly used for aromatherapy, can be combined with conventional antibiotics to deliver promising results as an anti-parasitic therapy.

Pumpkin seeds have emerged as an effective natural remedy to counter roundworm infections in the gastrointestinal tract. Furthermore, they are loaded with B vitamins and zinc, which play a key role in boosting the immune function and preventing infections. Like garlic, these seeds can be consumed whole or in the form of concentrated extracts to avail the best anti-parasitic action.

Another type of seed that makes a great natural treatment for killing parasites is grapefruit seeds. These seeds are high in citrus bioflavonoids, which are potent antioxidants and anti-microbial in nature. Several scientific studies have shown that combined with geranium, grapefruit seeds can serve as natural anti-bacterial and anti-fungal to eliminate harmful parasites from the body.

An herb widely popular for promoting relaxation and relieving anxiety, passion flower is efficacious against parasites as well. It is high in protective nutrients such as phenols, alkaloids and glycoside flavonoids, all of which give the body the ability to fight pathogens and parasites. Additionally, this herb can alleviate the symptoms of insomnia and promote the sense of calmness.

You can connect with an herbal therapist and know more about how one or more of these herbs can be of help in your specific condition. They will diagnose the kind of parasitic infection that you are suffering from and prescribe a remedy accordingly. The best part about using these herbal remedies, is that they are highly effective and yet do not have any side effects that are generally associated with Western medicine. Moreover, they are less expensive as compared to these medicines and can be safely taken for a prolonged period of time.